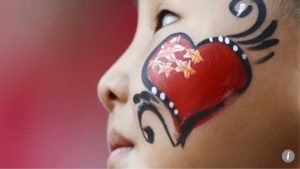 In today’s article from South China Morning Post, it has been reported that Beijing authorities are keen to learn from Japanese and South Korean counterparts as they seek to establish China among football’s elite.

East Asia football giant China are starting to feel the need to look and learn seriously from Japan’s football social economy which will aid them in the near future to participate in World Cup tournament. Though the Chinese football league at the moment is the most successful and richest football league in Asia, their national team standards are still far away from powerhouses like Iran, Japan and Korea.

It would be to their advantage for the Chinese, despite their political and diplomatic differences towards Japan, could open their doors to exchanges and collaborations with the Japanese in the area of football.

Japan has been making their football presence felt in ASEAN countries through collaborations via J.League clubs, Japanese companies investments or even Japanese players participation.  However majority of the fans and players in ASEAN countries still look up to European and South American clubs for inspiration and learning.

Maybe it’s time to make a change for the less physical and skillful ASEAN players to learn from the Japanese. From players’ mentality to youth development and even playing style, the Japanese maybe could offer much more as Japan lies in the same Asian continent.

Football exchanges between Japan and the rest of Asia also could open up many commercial and business collaborative opportunities between Japanese companies and their Asian counterparts. It would lead to a healthy growth for the Asian continent as we prepare the next World Cup to be held in Asia.