0n 10th May, in Phnom Penh Cambodia, a training match was played between the 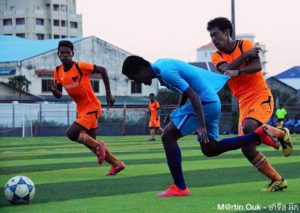 Cambodian national team (that had played against Japan team in the 2nd qualifying round for the world cup) and Cambodian Tiger FC whose owner is a Japanese player.

Interestingly, Mr. Akihiro Kato (33) who has become the owner of the team this year came out on to the field as a player in the second half of the game. Until now, such case of owner–cum-player is unheard of and that too in a top league club when the opponent team is a national team is a first of its kind.

However, this is not a story of pastime of the rich. Mr. Kato has been a champion in the inter high school matches when he was in Yachiyo High School in Chiba. “It has been 15 years since I have played a game so seriously. My game spirit had started to become dull”, he said. Unfortunately he was not able to take advantage of the opportunity that he had got and his team lost 1-2 to the Cambodian national team.

After the match I conducted an interview with Mr. Kato, the owner-cum-player

What made you enter the field as a player? 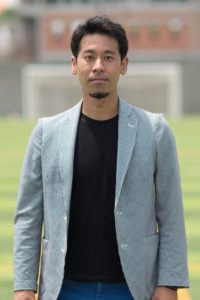 point of view. Practically thinking, for our club to earn some profit it will take 3 more years. Especially in the beginning we need a lot of support from Japan. For that I thought it is important that I myself cover all the fronts. No one has heard of a pro-league club with owner who is also a player. So I received a positive response from clients and friends as well. Everyone is very supportive.

On a personal emotional level, I always wanted to be a professional player. In February, while I was watching the game from the stands, when the players entered with the FIFA anthem, a new feeling started to grow inside me. When I actually took part in the practice session, I felt that maybe I can do it. After going back to Japan, I started training every morning with the background music of Rocky theme song (Laughs), reduced the alcohol intake and slowly my physical fitness started to improve.

— What is the point that you take care as an owner when you are playing with the players in your team?

— This time it was a practice match, but do you intend to play in the league matches also?

Kato: Of course, I want to be in the team (there are 5 foreigner players allowed to be registered in the team). But the final decision will be taken by manager Kihara and Yoshida GM. It will depend on my skills and capability. But as I have told you before, it is important to make a decision from casino pariuri business point of view as well. I have confidence that GM will take a balanced decision. I do not want to pressurize him as a owner.

–What is your impression about the matches that will be held in September and November between Japan and Cambodia? What score do you expect? 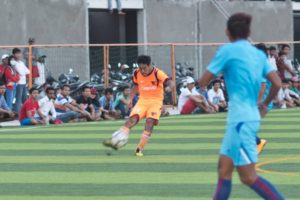 Kato: My impression is that they will be better at passing skills than expected. The skills of Individual players are quite good but the movement as a team, ability to forecast the next steps, off the ball play etc, there are many things that need to be improved. In September, I think the Japan team will win the home game with a big score like 10-0. Cambodians are not so good at handling the pressure and unfamiliar environment. So if Japan scores 1or 2 goals in the first part of the game, they will mostly lose their morale. In November, at the Cambodia home game, if they play well for the first 20-30 minutes, the goal difference will not be as much as Japan home game.

— What are the things that Japan team must watch out during the away game?

Kato: Field is artificial turf. Further more, the quality of the turf is not so high. The turf has rubber chips but similar to tennis court it is mixed with sand. So sliding will cause skin burn. I had a skin burn the other day while sliding. Due to severe heat in the daytime, the artificial turf also gets very hot. This also might be the reason. Also the sanitary condition is not so good, so you need to take care against infections. There will also be flies around the wound. (laughs)

— What are the challenges for Cambodian football moving forward?

Kato: There are very few grounds where you can do full court football. There are futsal courts and small size football grounds but they are not enough to give the complete overview of the game. Also the trainers are very few. From that point of view, there is no other alternative but to depend of foreign coaches. We are also planning to start a football academy in our club, and the coach will be Japanese. 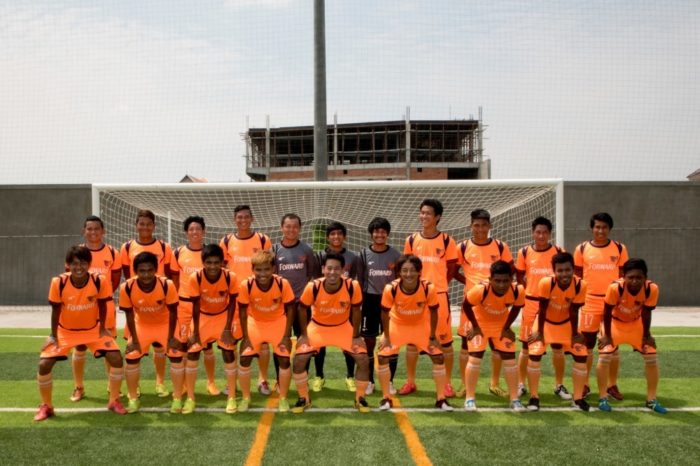 — What are the short term and long term objectives of Cambodian Tiger FC?

Kato: From this year, the home team can sell the tickets for the home games. (Till last year this was done centrally.) This will have a big impact on the business as we will have to make more efforts to create our fan base. To get 1000 spectators regularly we will do anything. We are going to start the first season ticket in Cambodia. We will also start setting up food and drinks sale in the stadium. There are 10 clubs in Phnom Penh but none of the clubs has its own fan base as yet. From this year each team will start working on attracting spectators, and it is the mission for Cambodian Tigers FC to increase the fan base.

Within the coming 10 years I would like to run a club not only in Cambodia but also in Thailand, Indonesia and contribute to Japan and Asian football and economy. With a “Quartet Strategy” including Japan, Cambodia, Thailand and Indonesia, I want to compete with Barcelona.