an orphanage and at a Japanese school during their tour to Jakarta, Indonesia. Yokohama F Marinos has conducted Football clinics in various countries in SEA like Thailand, but it was their first time to conduct a football clinic in Indonesia. Yasuhiro Hato, former national player and presently the ambassador of Yokohama F Marinos, and Mr. Miyashita, the leader of Friendship Football Project visited Jakarta and interacted with the local children.

Mr. Miyashita, who conducted the training, said, “ I will be happy if this football clinic has helped to create even a little bit of happiness in the lives of these underprivileged children who have to face hardships everyday. I sincerely hope that we have made some difference in their lives and made them familiar with the name of Yokohama F Marinos. 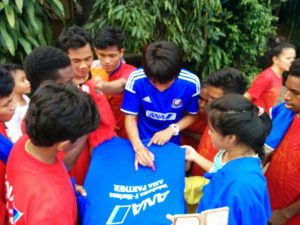 This event  got publicity not only in the Japanese news but also in local sports magazines like ‘BOLA’ and was also covered by TV channel TRANS7. This helped to spread the name of Yokohama F Marinos widely. Manager Mr. Hikasa Yoshiki, who is the driving force behind this plan said, “With the support of ANA (F Marinos sponsor and also Asia Partner), we want to further promote Yokohama F Marino through such football clinics. We want to work not only in Indonesia but also in various other countries in South East Asia. With the help of the experience and expertise of the 30 years old academy, emily wickersham naked we want to develop training courses for South East Asian football coaches. You can also try cherry.

Yokohama is working at improving its presence in South East Asia by having tie-ups with club teams in top leagues in Thailand, Myanmar etc. It is making efforts to build a strong presence  in Asia by getting the club sponsors to be the Asia partners. Henceforth we will see an increasing trend of such J.league club activities at this gratis spinn uten innskudd blog article by norgescåsino.. 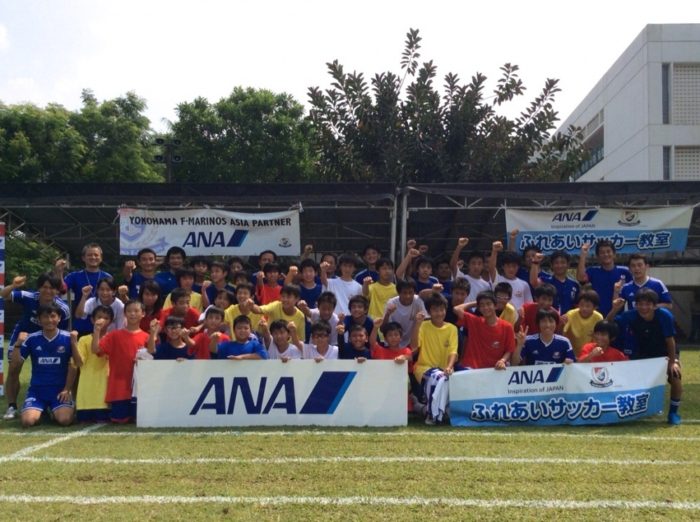