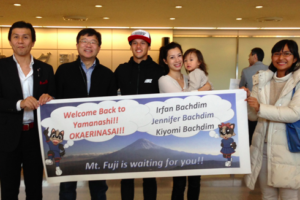 As a continuation of Asia strategy, J.League signed a partnership agreement with Indonesia Super League. Owing to this, two Indonesian players joined J Clubs. Mid fielder Irfan Bachdim joined Ventforet Kofu and mid fielder Stefano Lilipaly joined Consadole Sapporo. Many J Clubs are making moves to enter Indonesian football market. Definitely in the coming year, the relationship between the two countries will develop further more. This article attempts to review the happenings of the first year of collaboration between Indonesia and Japan that led to improved relationship between the two countries.

Irfan, the Indonesian star player, who plays as a forward for Kofu, was chosen to be the Ambassador of Yamanashi prefecture and is seen on Twitter and other social media in the promotion of Yamanashi for tourism for Indonesian tourists. Irfan has yet to play in J1. But he has played one game each in Nabisco Cup and the Emperor’s Cup. Since Irfan will transfer to Consadole Sapporo in the next season, Hokkaido is also expecting a rise in Indonesian tourists. Along with his contribution to the team game, there are also high expectations that Irfan will help to promote Hokkaido tourism amongst Indonesian people. Irfan will be replacing Stefano, the mid fielder who has resigned from Consadole Sapporo. Stefano will transfer to Persija Jakarta of Indonesian Super League that has a friendly match scheduled with Gamba Osaka in this month.

Gamba Osaka is one of the clubs that is aggressively making efforts to enter the Indonesian football market. It had scheduled a match with Persib Bandung (Super League) in June 2014. Unfortunately the match was cancelled due to the Presidential elections in Indonesia. But again, Gamba Osaka made some serious efforts by organizing a football clinic in Jakarta in October 2014 and had a friendly match with Persija Jakarta in this month. Panasonic Football Fair was organized as a promotion event at the time of inauguration of the football school. It helped increase the awareness about Panasonic brand in Indonesia.

Some quiet moves from Jubilo Iwata are also being noticed. In July, chairman Mr. Takahira and others visited the head office of Liga Indonesia that manages the Indonesian Super League. They are planning to organize a camp in Indonesia before the next season. They are also planning to get young talent from Indonesia. According to the local news reports, they also watched the practice match of U23 National Team of Indonesia. Jubilo Iwata is also interested in acquiring the Indonesian players that participated in the tryouts that took place on the 3rd Dec 2014.

There are other local reports that Omiya Ardija visited the Club House of Persija Jakarta and talked about organizing a practice match. Omiya Ardija had organized a football clinic in Thailand and Laos in October 2014. From this year onwards, to speed up the expansion in South East Asia, it is highly possible that it will make attempts to enter the football market of nearest neighbor, Indonesia. 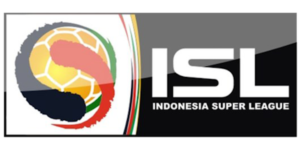 2014 was the first year of collaboration between J.League and Indonesian Super League. At the same time when the collaboration took place, the 2 domestic leagues in Indonesia united to form the Indonesian Super League. Though there are several other problems like match fixing and unpaid salaries, various reforms like introduction of club licensing system have slowly started. First time in the history of Indonesia, Persipura Jayapura has reached the semi final of AFC Cup. This shows that the talent is also beginning to surface. 2014 was definitely a year that showed improvement and progress of Indonesian Football.